White Diamonds and the 4cs

The top international gemological laboratories have developed methods of grading diamonds and issuing certificates based on physical characteristics of the individual diamond during an intensive grading examination.

Four characteristics, known informally as the four Cs, are now commonly used as the basic descriptors of diamonds for grading reports:

A carat is the standard unit of weight used for gemstones (abbreviated as “ct” when necessary).
One carat equals .200 grams (or 200 milligrams).

The majority of diamonds found in nature have varying degrees of natural inclusions.
According to the world accepted grading scale, clarity ranges from FL and IF (Flawless and Internally Flawless) up to Pique stones (I1 to I3).

Natural “colorless” diamonds are graded based on a world accepted color scale which first separates between natural fancy color and white diamonds.
On grading reports, the color range for white (colorless) diamond ranges from D to Z.

On grading reports the terminology “cut” refers to the way a diamond is polished and cut.

For example, the Gemological Institute of America (GIA) recognizes the following degrees of cut:

The most famous diamonds ever found:

This is the largest rough gem-quality diamond ever found, originally weight 3,106.75 ct.

Cullinan I is now mounted in the head of the Sceptre with the Cross. The second largest gem from the Cullinan stone, Cullinan II or the Lesser Star of Africa, at 317.4 carats, is the fourth largest polished diamond in the world and is also part of the British crown jewels, as it forms a part of the Imperial State Crown. Both gems are on display at the Tower of London, as parts of the Crown Jewels of the United Kingdom.
The stone was bought by the Transvaal government and presented to King Edward VII on his birthday. It was cut into three large parts by Asscher Brothers of Amsterdam, and eventually into some 11 large gem-quality stones and a number of smaller fragments.

This a 273.85 carats diamond is the third-largest diamond to have been produced in the Premier Mine. The Centenary Diamond is rated in color as grade D color by the Gemological Institute of America (GIA), which is the highest grade of colorless diamond and is internally and externally flawless.

While the stone has never been publicly appraised for value, it is known to have been insured at over US$100 million at the time of its unveiling in May 1991. The stone was loaned to the Tower of London, where it was displayed for a number of years.

The world's second largest known top-color, internally and externally flawless, pear-shaped diamond.
The diamond was discovered in the Mbuji-Mayi district of Zaire (Democratic Republic of the Congo) in 1990.

Originally known as the Reitz Diamond is a colourless, cushion-shaped diamond, making it the sixth largest diamond in the world. It was originally named after Francis William Reitz, the then president of the Orange Free State where the stone was discovered, before being renamed to honour the 60th anniversary of the coronation of Queen Victoria in 1897.
The original stone, a rough weighing 650.80 carats, was discovered in 1895 at the Jagersfontein Mine in South Africa.

A pear shape diamond became famous when purchased by actor Richard Burton for his wife Elizabeth Taylor to celebrate her 40th birthday in 1972, receiving worldwide publicity for its size and value.
The original rough diamond was found in 1966 in the Premier Mine in South Africa, weighing 241 carats

Richard Burton purchased the diamond for his wife, Elizabeth Taylor, who wore it publicly for the first time at Princess Grace of Monaco's 40th birthday celebration. After their divorce, Taylor auctioned the diamond in 1978 for $5,000,000, which was used to build a hospital in Botswana. Its current owner recut the diamond to 68 carats.

More information on other color of diamonds

SEREN DIAMOND deals with NATURAL COLORS only and we are taking full responsibility and fully guarantee that the COLOR ORIGIN of all our diamonds is NATURAL! Learn about color origin 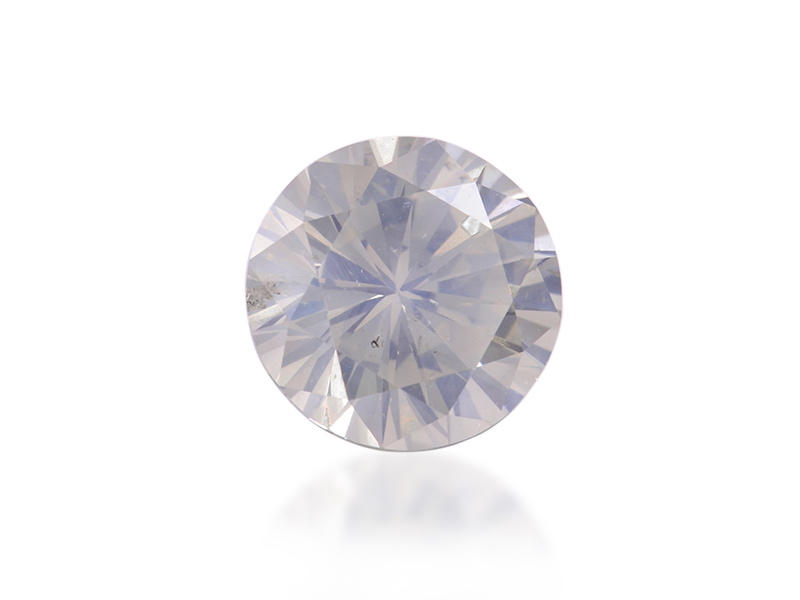 For further information on white diamonds:

When you are looking for a Natural Color Diamonds it is important that the word “NATURAL” appears on the diamond grading report.

SEREN DIAMOND deals with NATURAL COLORS only and we are taking full responsibility and fully guarantee that the COLOR ORIGIN of all our diamonds is NATURAL!